I promised I would be back for the closing party of Claptone’s Masquerade and indeed  I was this week!

On entering Pacha we were presented with a harem of image girls giving out the now recognisable signature long nosed Venetian style masks, again it was like a scene from Eyes Wild Shut but little black dresses were the uniform of choice, although you could see the dancers in cloaks on every podium which completed the theatrical framing of what has quickly become my favourite club night of the season. We entered at half past midnight to Claptone’s first set of two sets, I don’t think I have seen a headline act perform at the beginning of the night, let alone twice before but for slightly less seasoned and sensible bed by 5am  party people like me who cant always sustain their clubbing energy to the 3am prime time headline set this was welcomed.

The vibe was as predicted and expected after last months first visit again, big room bouncy house with the crowd increasing by 1am to a full dance floor, Claptone commands musical attention and his track selection is commercial house heaven, he dropped classics and new tracks seamlessly and the pace was increasing and drops widening to give way to British John Hopkins who I hadn’t heard before but he smashed in with big beat old trance classics which was quite a contrast to Claptone but the energy levels stayed high and as I was entering the backstage area, I bumped into Felix Basement Jaxx  and asked him if he was ready to take over and he said with great aplomb he was, I knew we were in for a great next hour of dance music. I’ve known the Basement Jaxx guys for 3 years and have worked on two Australian festival tours with them so I knew there were going to bring the energy and top 10 hits they deserve their British DJ royalty crowns for.. Their set was a mixture of their own tracks coupled with some new modern house sounds, highlights of course their own music namely  ‘Do Your Thing’, ‘Where’s Your Head At’, ‘Romeo’, ‘Red Alert’ and Mambo resident Erik Hagleton’s remix of ‘Jump ‘N’ Shout’ which was my personal favourite of the night, such a big room banger and crowd pleaser which the Jaxx are know for being worldwide. I think their inclusion in this closing parties line up was such a suitable choice, I felt as soon as they jumped on the decks which is a true description of especially Felix’s energy myself and the hundreds of Pacha clubbers were in safe dance music hands. One thing to mention about Basement Jaxx is their amazing ability to mix their old classics with modern remixes, that  had myself and the sing along girl crew behind them in the decks going wild, their set was up their with my favourite, and I’ve seen a few of theirs over the years in Pacha too!

Again the theatricality of the Masquerade show and production was on point, with the grand entrance of Claptone for the second time but this time the converted headline slot. Surrounded  by the exotic Pacha dancers who really go all out for this performance, Claptone’s showmanship was stepped up a notch and the dancers all in line stood still, their costumes are so striking and the make up of the day of the dead character dancers are hauntingly scary, they all seem to be having the time of their lives as was I. The atmosphere was one of suspense, glitter cannons were fired,the acrobats came on, an LED hulla-hoop dancing lady was going wild front centre, the strobes went off, ice blast cannons were roaring and 3am hit me as hard as the vodka red bulls I had been gifted ( thanks Ben in Claptone’s team!)

I really cant champion this party enough, the hospitality myself and my 4 friends received was next level and now I’m a new fan of Claptone and I have already planned a few winter parties around his schedule. Thanks go to Pacha, Ben, Laura and Jay at Purple Wall Management for the amazing night, Listen UP PR for the invites and Basement Jaxx for making my night with their set. Roll on Ibiza 2020 and  I look forward to seeing where Claptone and Masquerade  will be again. 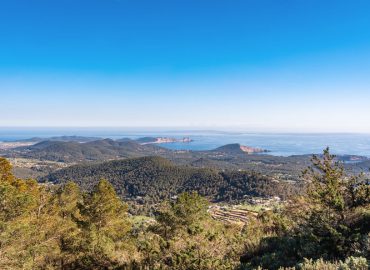