Packed full of surprise and extravagant show-style performances, SuperMartXé is Ibiza’s biggest gay-friendly party. Hosted in the world’s biggest club, Privilege Ibiza, for over a decade the raucous house and tech-house fiesta has been blowing up the night with jaw-dropping themes that encapsulate the sprawling grounds in an epic display of grandeur. As one of the club’s staple events on the calendar, the spectacular levels the SuperMartXé team go to wow its fervent audiences is second to none. With a line-up that reveals itself slowly across the summer, anticipation is a key element.

On a stage large enough fit for musical royalty, the likes of Mark Knight, Cedric Gervais, David Morales, 2manydjs and Afrojack have all appeared at the party to set off the sonic fireworks. Sticking firmly to a soundscape emblematic of the house scene, jumping, thumping acts intermingle with legends to throw a party of obscene proportions. For a club that was once an old aircraft hangar, the industrial vibe sets the perfect, grey canvas to all of the colour and action that kicks off at SuperMartXé. Nightly themes that are kept as a surprise have in the past seen Grecian, Arabian and Moulin Rouge takeovers. Clad in eye-popping outfits, salacious dancers take to podiums peppered around the venue providing both wow and ogle factor. Coupled with high-octane pyrotechnics, ice cannons, penetrating lasers and use of Privilege’s abundant light panels, a night at SuperMartXé is never short of extraordinary.

Attracting a family-style crowd, the imaginative entertainment catapults guests into another world, where drama and music unite for an explosive dance music journey. Of course, the sheer size of the venue means that everything comes amplified. Fashion shows, live performances and popping choreography all provide the 360-element to rocket revellers into the fantasy-like set-ups. A place where the wild and the extreme cohabit, guests are invited to unleash their best selves, no less. SuperMartXé is one that must be seen to be believed! 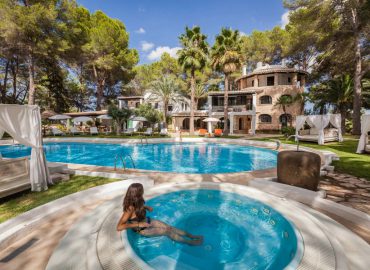